Since the invasion of Ukraine, Germany and the European Union have faced a tangible threat right in their own backyard. We’ve all been feeling the effects on our daily lives, on the economy, culture, and society at large for quite some time now. The events marked a turning point in the discussion about the German Armed Forces’ role and equipment and have forced us to take a critical look our own defense capabilities. Just a few months ago, investments were considered unsustainable, even socially detrimental.

Like the entire defense industry, we believe it is our job is to equip the German Armed Forces as well as NATO and EU member states with high-performance equipment – both in the short term and within the scope of long-planned procurement projects such as the Heavy Transport Helicopter, the Eurofighter, Puma, Leopard 2, and Boxer. It’s obvious that more is needed to achieve this than just a few new screws on the old equipment – low-emission, hybrid technologies are critical to the German Armed Forces’ future viability.

At VINCORION’s German sites in Wedel, Altenstadt, and Essen, we are hard at work enshrining the concept of sustainability throughout the entire cycle – from supply chains and low-emission manufacturing techniques to designing efficient and resource-friendly power solutions for civilian and military applications. VINCORION has been developing tailored power management and propulsion system solutions for civil and military applications and vehicles in the air, on land, and in the water for more than six decades. We intend to use this expertise to help create the technologies of tomorrow – and the green military. 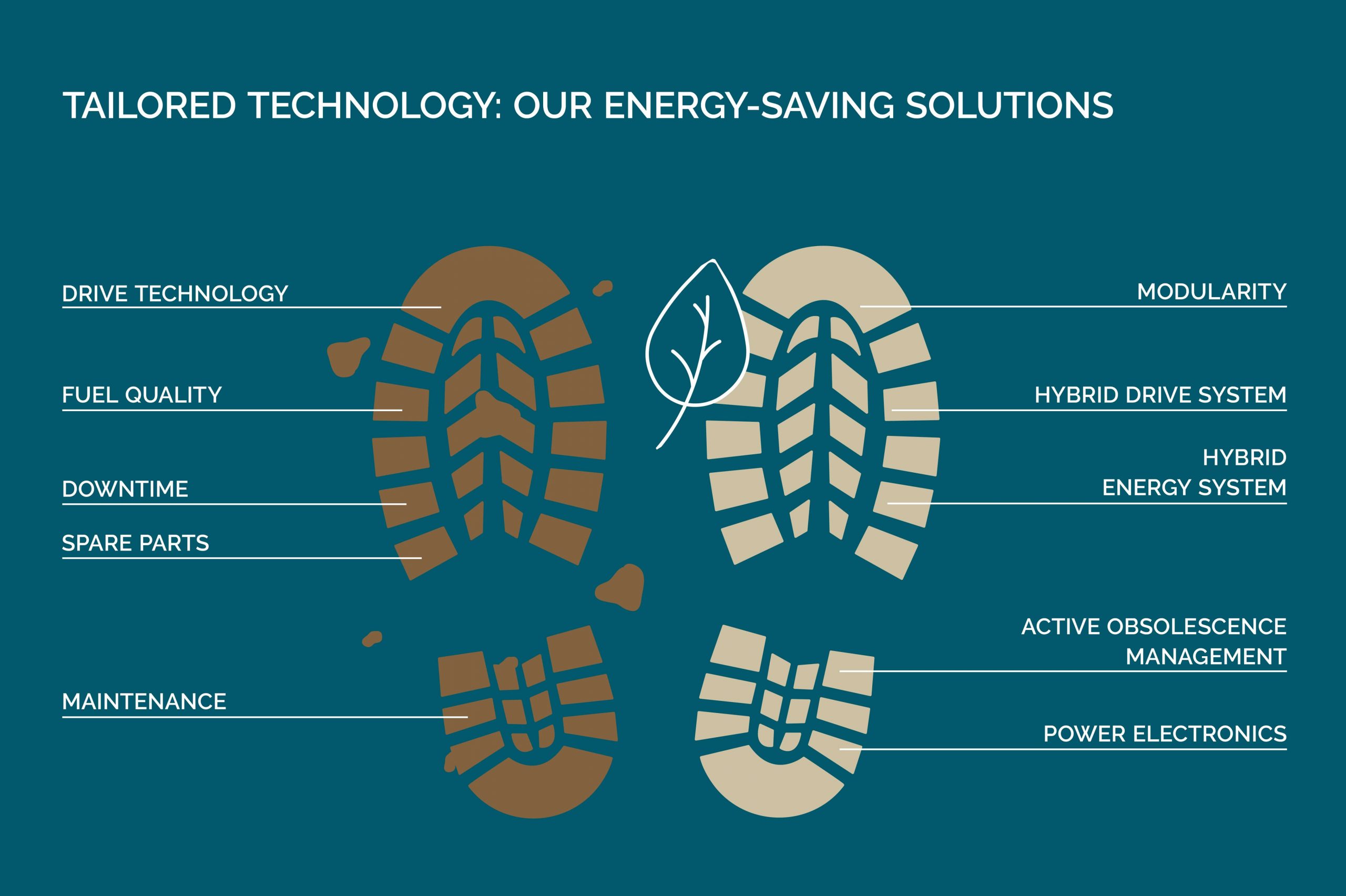 Our hybrid power systems are among the solutions that can improve the military’s “carbon bootprint.” They optimize efficiency in military platforms’ power management, directly reducing greenhouse gas emissions as a result. In field camp or air defense systems, the self-sufficient, adaptable, and hybrid power architecture also becomes a tactical advantage, cutting fuel consumption by up to half, halving downtime, and guaranteeing a fourfold increase in fail-safety. In addition, the power systems are designed to support the integration of self-sufficient fuel cell technology and other sustainable energy sources.

This potential can also clearly be seen in the tactical supply of power to military infrastructures. Our newly developed gensets with Stage V engines guarantee low-emission operation with state-of-the-art AdBlue exhaust gas aftertreatment. And yet military fuel can also be used by means of an “emission downgrade.” In this context, these cutting-edge power systems are optimized in such a way that retrofitting them in the field is quick and easy, both in terms of hardware and software.

The use of maintenance-friendly components and modular systems that can be replaced and upgraded with flexibility is a major advantage in terms of development speed and total cost of ownership. Developers and users have already gained valuable experience with the gun turret and weapon stabilization system in the Leopard 2.

Resource-friendly and sustainable defense technologies are already ready for use in a very practical way. For this trend to continue, the defense industry must be able to invest – both with confidence and for the long term. This is an important point, which is why it has also found its way into the discussion on the EU taxonomy.